Beyoncé Giselle Knowles-Carter is a 34 year old American pop/R&B singer and songwriter known for her large vocal range and ability to dance. She has enjoyed a long career since she first broke through with Destiny’s Child, a girls band managed by her father, and has sold millions of copies and concert tickets since the band parted ways.

She has also won numerous awards, including several Grammys, and has had major parts in big Hollywood movies such as “Dreamgirls”, where she starred opposite Jamie Foxx and Jennifer Hudson.

Beyoncé is married to rapper Jay-Z with whom she has a daughter, Blue Ivy. Although Beyoncé’s always had a beautiful face and body, which along with her voice and success made her one of the most admired and envied women in the world,she tends to change her image and make adjustments to her appearance every once in a while, which has triggered every kind of Beyoncé plastic surgery rumor, including that she’s had a nose job, boob job, skin lightening, Botox, lip reduction and liposuction on her tummy and thighs.

While at least some of these Beyoncé plastic surgery claims are probably true, the last one is quite easy to disperse.

It is true that Beyoncé is much thinner as of late, but she was famously taking part in a diet with her husband, Jay-Z, so it is no wonder she lost weight.

As for her thighs, everyone seems to agree she’s been photo-shopping a “thigh gap” in her Instagram photos, so that is most likely her secret.

The Beyoncé nose job speculation, however, is a whole another story. Nose jobs are pretty common among celebrities, especially those who are African-American and looking at before and after pictures, such as those from the beginning of her career and her most recent ones, you can easily see that her nose looks slimmer, more defined and feminine.

In addition to that, a surgeon has come forward claiming that she did have a nose job, so it is hard to argue otherwise. 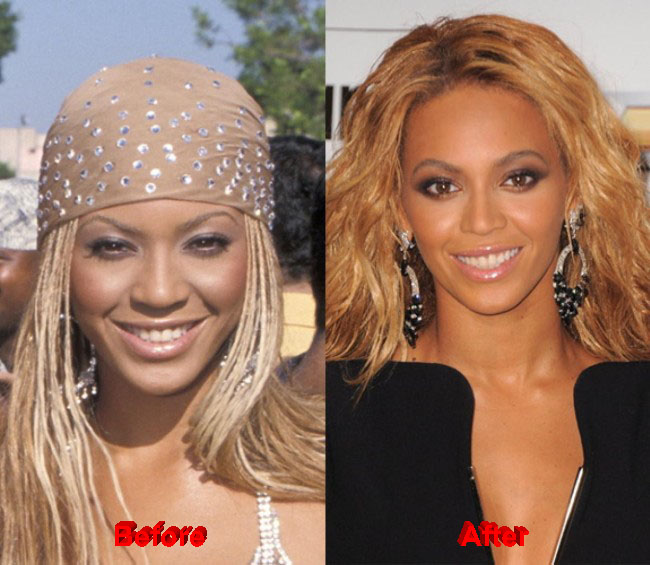 Her breasts also seem to look more voluptuous and generous in size and they appear rounder than normal on some occasions, which could be a sign that Beyoncé has had a breast augmentation or boob job.

However, Beyoncé’s had a daughter, something which tends to change a woman’s body.

Also, the size of her breasts seems to fluctuate, so one has to wonder whether her weight has anything to do with it. 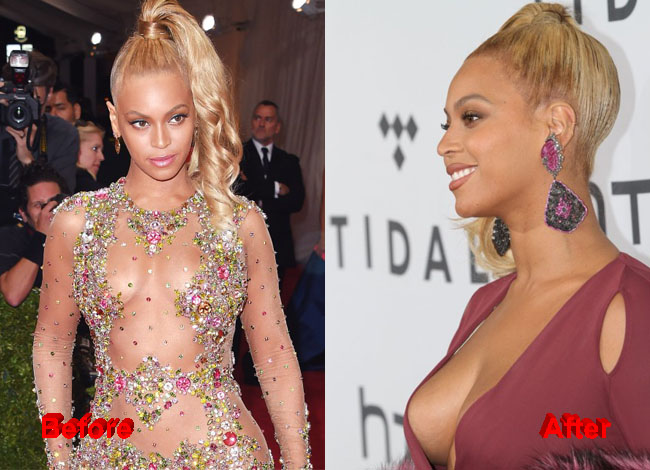 Finally, back to her face, Beyoncé’s also plagued by rumors of lip reduction and skin lightening.

Both of these Beyoncé plastic surgery accusations are probably false, seeing as her lips seem to be thinning evenly and naturally, which is most likely a sign of aging – she is 34 years old, after all – and she is photographed in various light settings, which may affect the appearance of her skin tone.

Her lighter complexion could, however, also be the result not of skin lightening treatments but rather Botox or face peelings, meant to keep her skin looking tighter and younger. 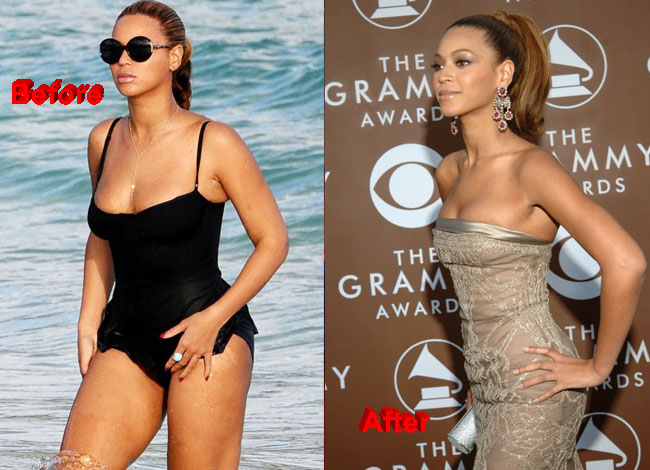 As with most subjects concerning her personal life and appearance, Beyoncé has always either failed to comment on or denied plastic surgery rumors.

However, the evidence seems to be stacked against her. In any case, the Queen B is a gorgeous and powerful woman, so the rumors aren’t likely to cost her any fans in the near or even not-so-near future.

Beyoncé Plastic Surgery Before and After Photos 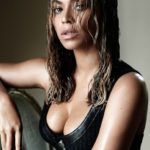 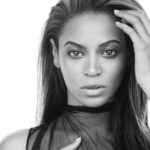 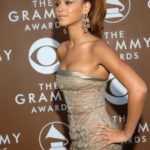 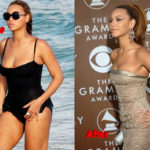 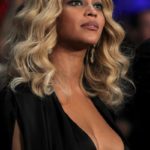 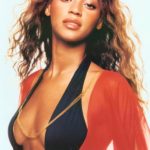 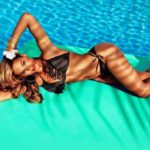 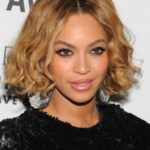 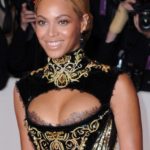 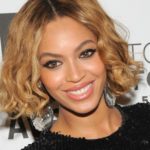 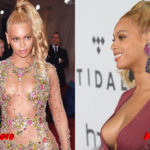 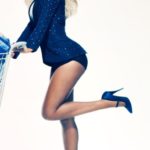 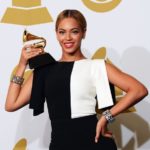 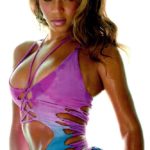 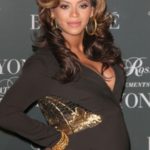